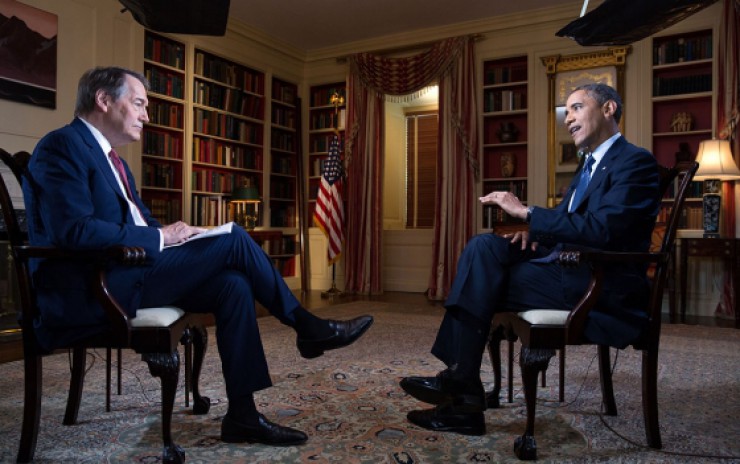 Americans and the world have an image of the American President.  It is one of strength and resolute actions.  They believe to paraphrase Harry Truman, the buck stops with the President.  Because of this image, President Obama’s request of Congressional approval to take action against Syria was a public relations disaster after he had drawn a red line about Syrian use of chemical weapons.  He further compounded his PR nightmare by saying that that he didn’t set a red line about Syria using chemical weapons, the international community did.  In his response, he forgot his two audiences that he needs to communicate with at all times.

The first audience is the American people.  Americans expect strong and decisive leadership from their Presidents in times of crisis and have become accustomed to that since Franklin Roosevelt.  President Obama currently runs counter to that PR image.  It is hard to envision Eisenhower asking approval of Congress to send troops to Little Rock to enforce Brown v. Board of Education; or JFK asking approval to send federal marshals to the South; or Reagan permission to fire striking air traffic controllers.  So the American public has an image now not of another Lincoln or FDR, (as President Obama’s supporters compared him to when he was first elected) but rather a Buchanan or Carter.  Rather than looking strong, President Obama appears as if he is passing the buck as James Buchanan did on the issue of slavery with the Dred Scot decision.  This is especially damaging for the President, as his image so early in his second term has been one of a weakened lame duck.

His second audience is foreign leaders both friendly and unfriendly.  A PR image is critical to how other leaders perceive not only the President but the nation.  Eisenhower was viewed as the conqueror of Europe and savior of the western world by friend and foe.  Nixon was perceived as a skilled chess player on the international scene and one not to be trifled with.  Jimmy Carter was portrayed as weak and feeble which saw Iran and the Soviet Union exploit internationally.  Ronald Reagan (before he became an icon) was viewed as a cowboy and mad bomber who scared enemies and reassured allies.  President Obama is conveying a PR image of vacillation and appeasement.  This could not come at a worse time for him after the actions of Russia over Edward Snowden.  His Secretary of State unwittingly did further PR damage in comparing the situation to the Munich crisis of 1938 that has become the symbol for appeasement.  I say this because the image that President is conveying currently is not that of Churchill but of Chamberlain who appeased Hitler at Munich and Secretary Kerry’s comment led to numerous Chamberlain comparisons.

So can any institution come out as a PR winner in this crisis?  Yes, Congress can.  Poor forgotten and unloved Congress can actually emerge in PR terms stronger.

If Congress approves strikes against Syria, they can portray it as a profile in courage.  Congressional leaders can say that sometimes the national interest comes first even if voters disapprove because that is leadership.  Such actions are rare in politics.  They can also argue that by doing this, they are sending a message to Iran that if they pursue their nuclear program they too face retaliation.  Finally, leaders on Capitol Hill can argue since the President abdicated leadership, someone had to act as the adult for America.

If Congress votes against it, legislators can argue they represent the will of the American people.  A further PR argument will be that Congress put an end to war talk and a reckless Administration.  Congress will be seen as having acted responsibly as no national interest was involved in Syria.  Regardless they took a stand.

Presidencies and history are defined by phrases and moments.  Teddy Roosevelt with his walk softly and carry a big stick ended a period of weak presidencies that had begun with the assassination of Lincoln because he (Roosevelt) understood the PR game.  His cousin, Franklin established the PR image of a strong presidency that has endured since because he too understood the PR image.  Now because of a PR bundle, we may have reached the point of a strong Congress and weak presidency.