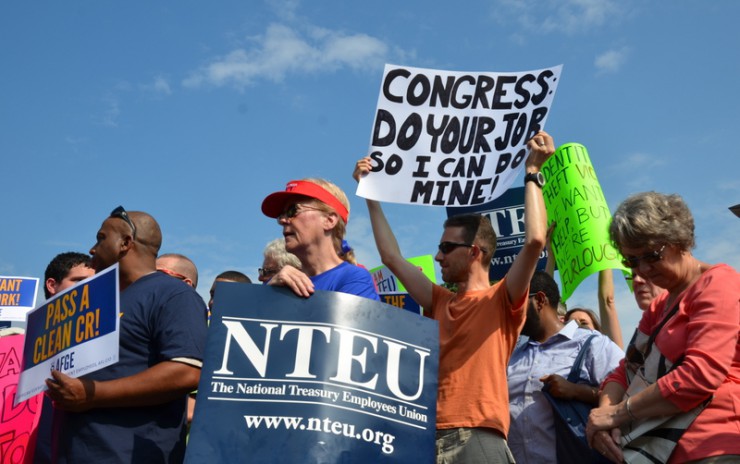 America is sharply divided along partisan lines.  The word compromise seems like a dirty word to most Republicans and Democrats.  A President who was first elected with the promise of bringing Americans together and famously said “There is no Red America or Blue America there is the United States of America”, has become the most polarizing and divisive President since Richard Nixon.  America seems to drift from crisis to crisis like the Weimar Republic of Germany in the 1930s.  Harsh and polarizing rhetoric fills the airwaves and blogosphere.

On Commpro.biz’s DC Follies, I was asked if today’s situation is unique and I answered no it wasn’t.  Actually today’s political climate and debates are quite tame compared to those of earlier days.  Those debates (Jefferson/Hamilton, Jackson/Clay, the years leading to the Civil War, the Progressive era, the New Deal era, and the 1960s) saw duels, an actual attack on a United States Senator on the Senate floor, and a vitriolic and partisan media that made MSNBC and FOX News Channel seem middle of the road.  Today’s arguments are over the same issues that the earlier debates were over – the role of government.  And just as in earlier debates, ultimately a solution will be found and then the nation will seek quiet, stability, to steal Warren G. Harding’s phrase, “a return to normalcy.”

Yet two things make this climate more toxic and of greater concern to businesses and individuals than the debates of earlier times:

America is one of the world’s superpowers today.  In the earlier eras of political polarization save for the 1960s it wasn’t.  We also live in a global economy with many American businesses of all sizes doing business abroad.  Political dysfunction in Washington, DC, makes other nations look at the United States with ridicule and amusement.  Today, our nation is less respected abroad because of the polarization.  This also forms an opinion of how American companies and brands are perceived overseas.  Yes, everyone loves various American brands but still as a result of the polarization, American brands are viewed skeptically at times.  Foreigners ask are the American companies part of the American chaos and will Washington’s insanity affect businesses in their ability to function.  That means American companies must portray a sharp, transparent, and ethical standard abroad and clearly educate consumers abroad about their brand and story.  They need to reassure foreign investors, consumers, and even governments, that America’s political follies will not affect their quality of service or deliverables.  More than ever it means a clear differentiation between the business world and America’s political meltdown.

The second concern for businesses with the DC follies is that the cynicism towards government is also being reflected in how Americans view businesses and brands.  American businesses are viewed by many Americans as part of the establishment (a term we often heard in the 1960s) and Americans are angry at the establishment.  They no longer trust the word of a CEO alone.  The old rules of communications no longer apply.  Consumers want engagement.  The word of an employee or testimonial is often more critical than a statement by the CEO.

This means when businesses communicate they must:

America will find a solution for its current political dysfunction.  It always has and we have been fortunate with the leaders who have emerged to guide the nation.  It will do so again.  Yet businesses and communicators need to realize that in these perilous times with cynicism rampant that it falls upon them more than ever to communicate and engage with their audiences to avoid being part of “DC’s Follies.”