PR Advice For The Tea Party and Republicans 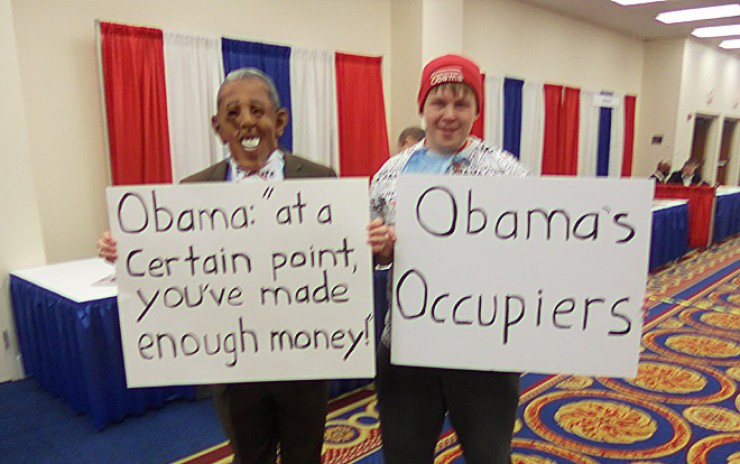 The media has been filled with the bad public relations that Obama Administration has been suffering from a trio of investigations and scandals – Benghazi, Associated Press and the IRS investigations of Tea Party groups. Every day, Jay Carney, the White House Press Secretary seems more embattled as the IRS narrative changes. The media which has long been accused of being in the bag for the Obama White House is up in arms. Add to that the image that nobody ever wants to see of an IRS official pleading the fifth before a congressional committee. So with all of this going on, one would think the White House would be in need of public relations help. Yet it is actually the Republicans and Tea Party who are in need of the public relations. They need a public relations strategy so that they don’t overplay their hand, damage their brand, and impede their investigations.

So what should their strategy be?

1. Discontinue all the calls for President Obama to resign and comparisons to Watergate at this time.
Many Republicans and Tea Party activists have been quick to compare these scandals to Watergate and even say that the President should be impeached or may need to resign over these scandals. There have been numerous morphings of Barack Obama to Richard Nixon. This is jumping the gun too quickly. By instantly saying these investigations will lead to potential impeachment they automatically lose the attention of many Americans who will view this as just more of the partisan bickering that has overtaken Washington. It will also further damage the Republican brand, particularly with Independent voters. Rather they should hold their fire and let the evidence dictate the story. This is the policy that Democrats followed with Watergate. Tip O’Neil and other key Democrats realized that jumping the gun too early would lead to a backlash and lead voters to rally around Nixon. This means keeping some of their firebrands in check and when talking about the scandal do so in a legalistic manner. Doing this means when additional evidence comes out, Americans will be more apt to listen to it. Overblown rhetoric will damage Republicans even if the White House is guilty.

2. Make the issue one of abuse of power.
The White House and their allies are trying to frame the investigations as a partisan witch hunt. Claiming that Republicans are trying to do what they could not do during the 2012 Presidential campaign, the White House is attempting to portray the investigations as what is wrong with politics and just another example of the polarized political climate. Republicans need to frame the ongoing scandals as an abuse of power. When all is said and done, if these scandals have traction and do ultimately lead to the Oval Office, it will be as it was Richard Nixon’s undoing because of an abuse of power. Republicans have to keep repeating this over and over again. Abuse of power is something voters understand and also fear. Keeping the investigation focused on that core issue will resonate.

3. Visuals are important.
Republicans have an image problem with females and minorities. They are seen as the political party of angry white men. This is a time for them to highlight their female and minority members. Let those members take the lead in the investigations. Who can forget the devastating damage that Barbara Jordan did to Nixon loyalists on the House Judiciary Committee. Likewise the Tea Party has been suffering in the public’s perception. They would be well advised to send not the usual suspects but sweet little old ladies to testify before the congressional hearings on the IRS. Americans of all stripes can sympathize with old ladies looking like grandma terrorized by the IRS. What Democrat would dare harshly question grandma? In press conferences and protests, these are the type of people that the Tea Party should highlight. It will reinforce the idea that the Tea Party is a genuine citizen’s movement and not just a group of firebrands.

4. Underplay rather than overplay.
In any congressional investigation of this nature, (indeed in anything political) there is always the inclination to overplay the situation to get the instant media attention. In these cases, Republicans would be well advised to underplay their hands. First, these scandals may not lead to the Oval Office and if they overplay their hand, they look like overzealous witch hunters further damaging their brand. By underplaying their hand, if it doesn’t reach the higher echelons of the Obama Administration, no lasting public relations damage is done. If on the other hand, the investigations do have legs, by underplaying their hand now, Republicans look like responsible guardians of the public trust.
It will be a summer of investigations. As we all know summers are slow news months. Yet unless Republicans play their public relations strategy carefully, it may be them and not the White House on the defensive come fall.

David E. Johnson is the CEO of Strategic Vision, LLC, a leading public relations agency that specializes in crisis communications. Additional information on him and his agency may be obtained at www.strategicvision.biz