The Rise and Fall and Rise (AGAIN) of Paula Deen? 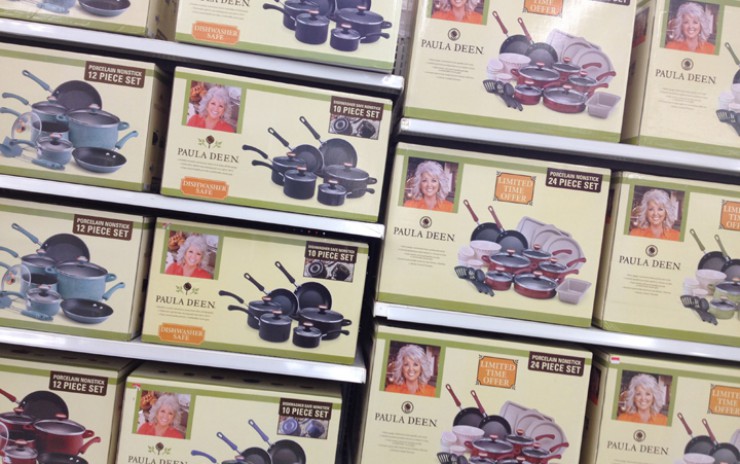 Paula Deen made a public appearance this weekend at Houston’s Metropolitan Cooking & Entertaining Show the first since revelations that she had you used the ‘n’ word surfaced in a deposition and her botched efforts at crisis communications.  She received a strong ovation from the crowd and fought back tears as attendees showed their support.  The news media has been speculating if this is part of a comeback tour for Deen.  Deen told the media that she doesn’t need a comeback.  So can she comeback?

Americans love tales of rises and falls and rises again.  American life is full of those who fell from grace only to rise again.  The comeback is part of the American narrative.  Think about how many times we heard the phrase new Nixon in the course of his political career.  So yes, Paula Deen will recover somewhat, and no doubt this appearance which she knew would generate coverage was the kickoff.  But the larger question is can she regain what was lost?  That will be far harder to do.

Paula Deen’s diehard fans will stand by their favorite cook.  The challenge for Deen is persuading the two juries that will ultimately determine her brand’s fate – the corporations that severed ties with Deen and the general public who had no opinion of Deen until they witnessed her botched attempts at damage control to give her a second chance.

Paula Deen’s woes don’t stem from the admission that she used the ‘n’ word.  It was her crisis communications efforts that caused her the most problems.  Had she gotten ahead of the story and given an interview before the deposition where she admitted using the ‘n’ word came out, she would have had more control of the story’s narrative as it unfolded.  Likewise, had she given her corporate partners a heads up on what was coming out, those relationships might have survived.  Instead her various YouTube apologies and Matt Lauer interview opened a floodgate and ruined her sweet matronly image.  Corporate partners saw someone who appeared erratic and not fully in tune with race issues.  The general public saw a person that seemed at times angry, defiant, and victimized but never apologetic.  She wisely stepped away from the spotlight after her Matt Lauer interview.

First Deen needs to realize that her brand will never be as big as it was.  Scandals involving children, animals, or race are those that people never recover entirely.  Yes, Michael Vick is playing in the NFL and has sponsors but his image is not and never will be what it was.  The same with Paula Deen.

Second give an interview to Oprah or Barbara Walters and answer the hard questions and show a real understanding of the racial dynamic in America.  Don’t appear as a victim or angry but sincere as someone who has endured a crisis and learned from it and emerged as a stronger and more sensitive person.

Third, highlight how you learned from this incident and the steps you took from higher pay for employees to a greater sensitivity for racial and gender issues.  Let’s not forget that Deen was further hurt when revelations came out about how she treated minority employees.

Fourth have former colleagues and current and former employees give testimonials to who the real Paula Deen is and ask the public to give her a second chance.  Part of Deen’s problem during the crisis was the deafening silence from many who knew her.

Next reach out to the corporations.  Acknowledge their concerns and demonstrate from a business standpoint how you have changed.

Sixth poke fun at yourself and humanize yourself.  Go on Dancing With The Stars or Jay Leno.  Reveal humility and a sense of humor.  Get Americans to laugh with you and root for you, rather than laugh at you.  Part of Deen’s problems has been that she comes across victimized and angry and that image has not served her well.

And finally return to what you do and know best – cooking.

Paula Deen can recover from being a punch line and an object of media curiosity if she takes corrective steps.  To believe her brand will totally recover would be to delude herself but she can still avoid becoming a Paris Hilton or Lindsay Lohan object of curiosity.