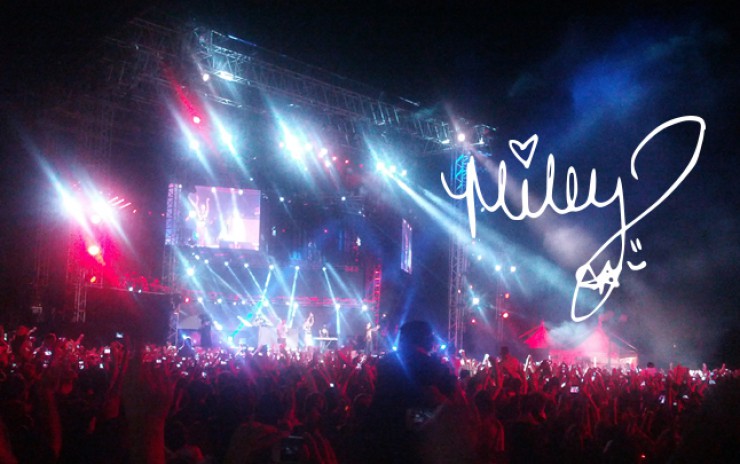 For someone going through the news archives fifty years from now, they might consider this time period, the age of Miley Cyrus.  Since her twerk at MTV’s Video Music Awards, it seems that Miley Cyrus is everywhere and everyone has an opinion of her and what she is doing.  What she is doing is staging one of the most successful rebrandings in recent history.  Even the venerable New York Times did a story on her this week.

Miley Cyrus said when guest hosting Saturday Night Live that Hannah Montana was dead and she sure is.  From her twerk to her interviews to posing topless photos on Terry Richardson’s website, she has shed the wholesome Hannah Montana image.  She is generating buzz, people have an opinion on her, one way or the other.  She is testing how provocative she can go.  Yet for all of buzz about her new image and whether it is smart or not, what we are not hearing about or witnessing are stories like we have seen in the past about Lindsay Lohan and Britney Spears when their antics and behavior affected their brands.  The reason is that with Cyrus, we are seeing a well crafted and executed rebranding strategy and not behavior problems.  She may be risqué in her branding but she isn’t damaged goods.  Rather she is one of the hottest commodities and brands going.

It wasn’t by accident that Miley Cyrus and her team sought to introduce her new image at MTV’s Video Music Awards.  They knew it would generate immediate buzz with both the live audience and television viewers at home.  It did.  She was the major story of the telecast.  Lady Gaga and others were an afterthought if even that.  Miley Cyrus became the most tweeted about personality during and after the telecast.  Tweets are what advertisers and sponsors look at more and more in this social media driven age, and in that case she scored a homerun.

From that, she has been all over the media with her new image, pushing the envelope as far as she can.  Yet she has stayed on message and not been diverted.  When Cher criticized her, did she begin a Twitter war with her?  No she kept pumping her album.  Other people might have engaged in a tit for tat with Cher.  The fact that Miley Cyrus didn’t demonstrates that she has discipline and can stay on message which is critical in a rebranding effort.

Her appearance on Saturday Night Live earned good reviews.  More importantly, she could poke fun at some of the criticism and herself.  People respond to that in entertainers.  The fact that she did and stayed on message again showed that what we are witnessing is an overall strategy that she will not be diverted from.

Guess what?  All of this pushing the envelope with her new image is paying off.  Her albums continue to perform.  Her fan base especially among young women is growing.  Hannah Montana is dead but Miley Cyrus is rising.  Advertisers and sponsors look at this.  They see her popularity rising, her sales going up, her media coverage, and her influence.  What will likely follow are major deals.  Don’t be surprised to see her with a soft drink deal and more.

Yes,  Miley Cyrus is causing outrage among some people.  The shock of her new image has not worn off.  The critics are still going after her.  Yet from a branding standpoint, she is doing everything right.  She can take comfort that another singer in the 1980s provoked outrage yet influenced clothing styles and much more and has reinvented herself several times since – Madonna.  Believe it or not, Miley Cyrus through her rebranding and following basic branding strategies could be on her way to be this generation’s version of Madonna.