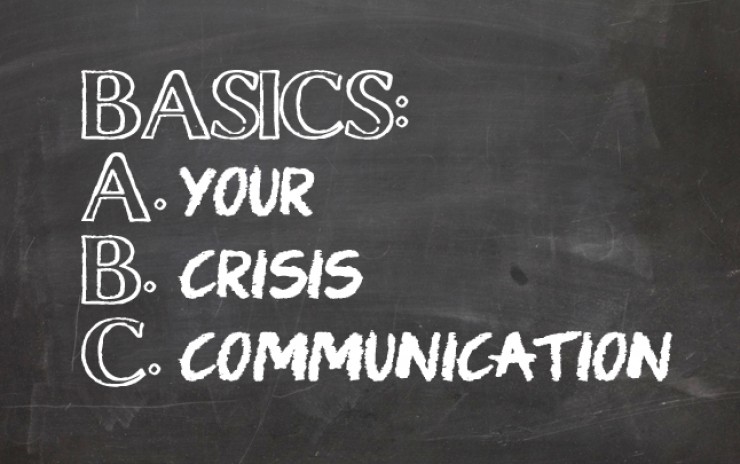 Paula Deen. Anthony Weiner. Bob Filner. This summer has been filled with public relations disasters. It’s not just politicians and celebrities who face PR disasters, businesses do as well. Think about Carnival Cruises, BP, and Toyota. Each faced a major crisis that became larger each day, because they failed to have in place a proper crisis communications plan. Any company regardless of size may find themselves facing a major disaster. Yet most companies have no basic crisis communications in place and that is fatal.

The first 72 hours of any crisis are the most critical in shaping the narrative and determining how much bad publicity a company will suffer. Despite this, many businesses find themselves scrambling to develop a crisis communications plan rather than respond to the crisis. This means a runaway train of bad media and consumers angry at the business. But it doesn’t need to be this way. While there is no way to know what crisis may immerse your company, there are certain elements that you can have in place so that you are not caught behind the proverbial eight ball when a crisis hits.

First determine who your spokesperson will be if a crisis hits your company. In this day and age when CEOs are the public faces of a company, it is advisable to have the CEO be the person responding to the disaster. Also have secondary spokespersons selected. Many companies often spend hours debating this very issue when a disaster strikes, losing precious response time.

Next have a procedure in place on how your company will handle media inquiries when a crisis hits. Make sure that every employee who may be contacted by the media during the emergency knows the procedures for handling media calls and who is the company spokesperson.

Have a media strategy in place. This means a basic press release template that can be modified within a moment’s notice. Know what key media contacts should be alerted and have them on speed dial so that you can be proactive and get your side of the story out when the calamity hits.

When the actual mishap hits, respond immediately, even if this means just a statement that acknowledges the issue and that your company is investigating it. The media needs a story. If you fail to respond, they will turn to other sources. Companies that communicate immediately have a greater chance of becoming the media’s main source for information during the crisis.

Often lawyers do not want their clients to say anything when a disaster hits. Their advice is no comment. While sound legal strategy perhaps, in the media’s mind and also the public’s that indicates guilt or an uncaring attitude. Avoid at all costs, saying no comment. If you don’t know something, admit that you don’t have the answer readily available but that you will get back to the reporter.

Acknowledge there is a problem and apologize for it. Show empathy and understanding for any victims. Too often business leaders when discussing a crisis seem impervious to the human cost of the crisis or seem more concerned about the company’s bottom line. Be sincere in your apology. A false or insincere apology can cause more problems than the actual crisis. Yum Yum Foods in China is a case in point, their apology to a report about bad water being used in their KFC franchises caused more outrage than the original story.

Social media plays a large part in every company’s overall marketing and public relations strategy. It needs too in crisis communications. The company’s social media outlets need to convey the same message during the crisis that is being expressed with the traditional media. Let people post on your social media sites, even if it is negative. The number one mistake companies make is censoring comments during a time of crisis. This becomes a story within itself. And finally don’t get mad and argue with posters who take a negative stance towards the company.

In any crisis, a company will suffer some damage to its brand and reputation. Planning and anticipating a crisis communications response can mineralize the damage and allow the company to begin recovering and moving on much faster.