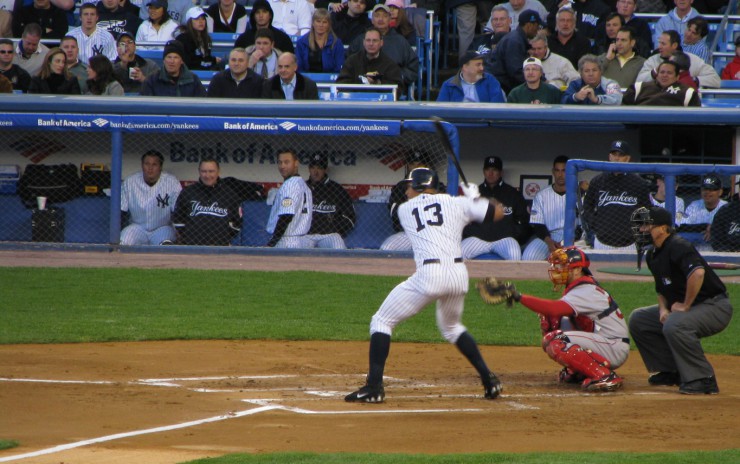 Major League Baseball has long been known as America’s pastime. Yet the ongoing scandals in the game, with famed players admitting that they have used steroids have dampened America’s enthusiasm for the sport. Now at least 14 players, including New York Yankees third baseman, Alex Rodriguez face suspensions for their ties to Biogenesis of America which has been accused of distributing banned performance-enhancing drugs. Rodriguez could face a lifetime ban from the game if he doesn’t accept the suspension. Regardless of what happens, a cloud still hangs over Major League Baseball. What do they need to do to repair their image?

First they need to carry through with their promised suspensions. Major League Baseball needs to demonstrate zero tolerance for any type of drug abuse whatsoever. Commissioner Selig needs to hold a press conference announcing the suspensions and his plans to clean up the game. Selig needs to suspend Rodriguez despite the fact he might appeal and announce the suspension will stand throughout the appeal process (the Yankees would be smart to support this otherwise, they look indifferent at best). This will demonstrate that baseball is serious and is more concerned with this illegal substance abuse than angering Rodriguez and Yankees, and also that it isn’t backing down. He needs to admit this has become a crisis in the sport and apologize to the fans. Many Americans believe that the owners and managers know about the steroid use but turn a blind eye. Selig needs to announce at his press conference that owners and managers will be suspended or banned as well if there is any evidence that they had knowledge of this illegal use by their players. He should also announce that that Major League Baseball is promoting and donating to anti-drug programs. Owners and players would be smart to do this also. Selig needs to be the face of Major League Baseball in dealing with this crisis and cleaning up the game, just as Judge Kennesaw Mountain Landis was the face of baseball and its new image after the sport’s first scandal.

The teams need to promote clean cut players that represent the best of the game. These may not be the major stars in terms of salary, but players who represent what Americans like to believe in their sports heroes. It needs to be shown that players can achieve greatness in baseball without performance-enhancing drugs.

Major League Baseball is a business. Yet when any business is hit and consumer confidence is shaken, measures are taken to recapture consumer trust. A major complaint of many fans is the high cost of attending a game. Many fans believe the high costs are due to the inflated salaries of many of the players. For the remainder of the season, owners should announce that they are lowering attendance prices and even concession costs. There are plenty of precedents for this when businesses are attempting to regain consumer trust.

Owners also need to be in the stands with the fans. They need to show a love of the game once more. Fans loved it in the past when a Ted Turner, George Steinbrenner, or George W. Bush would sit in the stands and show that they cared about the game and it meant more to them than just dollars and cents. Regaining the trust of the fans means showing that today’s owners still love the game.

A complaint of many people in the cities where there are Major League Baseball teams is that there are no ties to the communities. Corporate faceless giants often own the teams and players rotate in and out faster than you can learn their names it seems. Teams and baseball itself need to highlight their involvement in the local communities and increase their community outreach.

After the infamous Black Sox scandal, Major League Baseball needed to clean up its image. Judge Kennesaw Mountain Landis was hired as the first commissioner and promptly gave lifetime suspensions to the players implicated in the scandal. Next out of nowhere, Babe Ruth and others emerged helping to clean up the game’s image. That worked. The challenges, Major League Baseball faces this time are social media, 24/7 news cycle, and a very cynical public. Yet with luck and some crisis communications, Americans will still want to go to the ball park.