Trump Attacking The Media Is A Public Relations Coup 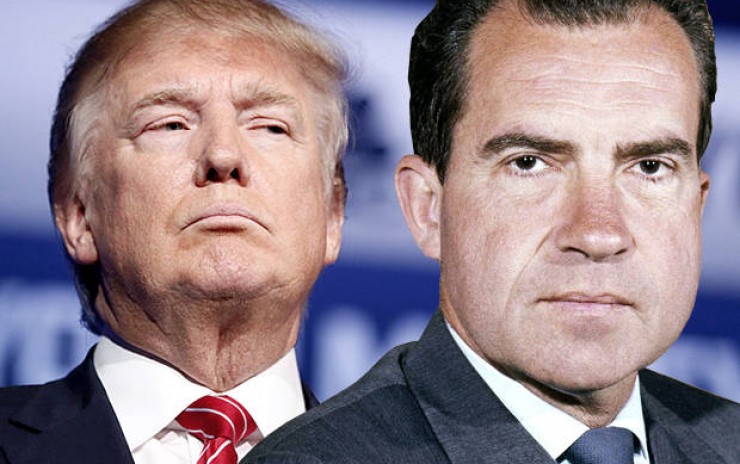 Donald Trump made the headlines yet again (is anything else new).  This time it was by attacking the media covering his campaign and in particular he attacked ABC’s Tom Llamas.  He said that some of the reporting by the media was libelous.   This latest Trump attack on the media came as a result of a Trump press conference where he named more than several dozen veterans’ groups that he said had received $5.6 million due to his fund-raising and personal generosity.   The press conference itself was a result of reports in the media questioning whether Trump had actually donated to various veterans’ groups as he had promised.  So was this a public relations fiasco for the presumptive Republican presidential nominee or a stroke of genius?  It was the latter.

The Trump campaign for all of its rhetoric and hijinks resembles the Nixon campaign of 1968.  Like Nixon, Trump ran to the right in the primaries only to begin moving toward the center after securing the delegates needed to win the nomination.  Doubt it?  Just listen to Trump and his key people discussing some of his hard right positions – it is all negotiable they claim – right out of the Nixon playbook.

A key ingredient of Nixon’s strategy was the idea of media bias.  Nixon catapulted to the national spotlight and earned a place on Dwight Eisenhower’s ticket in 1952 due to media coverage he received from the Alger Hiss case.  Yet his good media coverage ended in 1952 when the media alleged that he had kept an illegal fund (an allegation that nearly forced him off of Eisenhower’s ticket) and due to his attacks against Dean Acheson, Harry Truman, and Adlai Stevenson.  From that point on Nixon’s relations with the media never recovered.  Nixon and the media had a love hate relationship (each needed the other).  This culminated with his infamous last press conference, where he said “you won’t have Dick Nixon to kick around anymore” to reporters.  The media believed that such an attack against them meant the end of his career.  ABC actually aired a special after that called ‘The Political Obituary of Richard Nixon’.  What the media failed to understand was that many Americans agreed with Nixon’s views about the media and it reinforced their loyalty to Nixon (and Republicans showed their distaste for the media even without Nixon on the ballot at the 1964 Republican Convention where the media was attacked as much as Democrats).  Far from being dead politically, six years later Nixon was elected to the White House where he continued to attack the media and earn the loyalty of millions by attacking the media.  Indeed since Nixon, all Republicans have claimed a media bias.

For Trump, attacking the media was a winning proposition.  Unlike Nixon who had years of service in supporting Republicans and numerous political IOUs, Trump has none.  Many Republicans question his credentials as a Republican let alone as a conservative.  Even now some Republicans are still looking for a way to stop Trump or run a third party candidate.  So what better way to build loyalty among Republicans and demonstrate he is with them, than to attack the Republican’s favorite bogeyman – the media.   With the media reporting on his attack against them, Trump is helped with Republicans who even if they are lukewarm about him agree with his views on the media.  And not just Republicans but many Americans who feel that today’s media coverage is not fair and balanced and that the media should be held accountable (just see Gawker on that).

And May 31st was supposed to be a big day for Hillary Clinton who is desperate to end the Bernie Sanders’ challenge and unite Democrats.  Her campaign expected major coverage for her endorsement by California Governor Jerry Brown for the June 7th California primary.  It was also unveiling its latest incarnation of the new and improved Hillary Clinton, this time modeled after Harry Truman.  Yet all of this is lost in coverage of Trump’s attack on the media and the media rebutting his allegations.  Trump wins another news cycle.

Like him or hate him, Donald Trump knows how to maximize coverage and dominate news cycles.  In this he has no rival.  And while many would never dream of attacking the media Trump stealing a page from the old master’s (Nixon) playbook continues to show the normal rules do not apply to him.