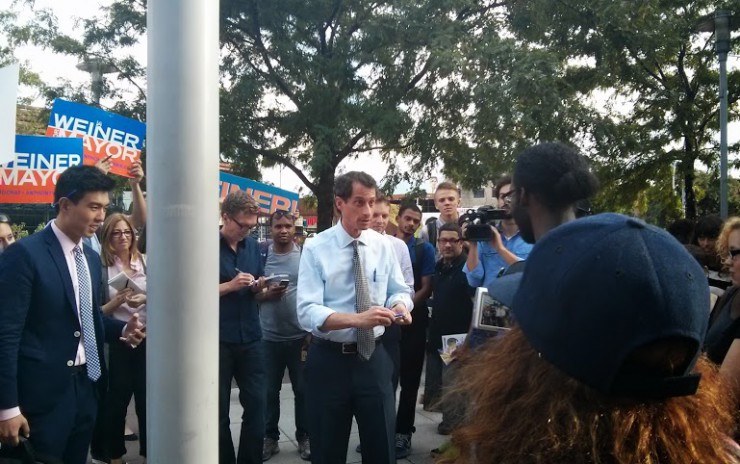 Anthony Weiner looked like he was on the comeback trail after his fall from grace two summers ago. That is until the latest public relations crisis hit his campaign. Some people never learn it seems. Weiner was forced to resign from Congress in disgrace for tweeting pictures of himself to young women. That should have been a learning experience especially as he sought to make a political comeback. Apparently it wasn’t as he continued send photos for at least six months after he left Congress. Now the revelations of this behavior appear to have the potential to derail his campaign. The questions are can any crisis communications plan save him, and if so what does he need to do?

The answer is he may possibly survive. Mark Sanford was re-elected to Congress this year after breaking a restraining order and publicly parading his former mistress and now fiancé around the campaign trail. Add to this that none of Weiner’s opponents are catching fire, and yes he may recover.

So what does Weiner need to do, to salvage any hope of victory and even more importantly, a piece of his reputation? Several things and the next 72 hours will be vital for him. The thing he has going for him is most people had an opinion on him prior to these revelations, so this new scandal won’t affect it

First he has to get in front of the story. He made a good start yesterday with his apology with his wife at his side. He needs to keep it up. If there is anything else that could be out there, he needs to be the one to release it rather than wait for some blog or media outlet to do so.

Secondly, he needs to hold a press conference and promise to answer every question the media wants to throw at him with the caveat that he will not address his personal scandal after this press conference. He needs to exhaust the media in this. While some reporters will keep attempting to bring the issue up after the press conference, most won’t.

He has to employ his wife, Huma Abedin. She has already stood by him and defended him. He needs her to interviews speaking about why despite all of the revelations and scandals, she stood by him and why New Yorkers should do so as well. He needs to campaign with her at his side.

Weiner is every late night comedian’s dream come true. His antics are providing fodder that will last for years. Politicians know they are in danger when the comedians laugh at them rather than with them. Weiner should go on one of the shows, poke fun at himself, and turn the laughter around. He will earn respect for doing it and if he can play it well, the audience will laugh with him rather than at him. This will humanize him to many viewers and voters.

Finally, he needs to talk about the issues and stay focused on what voters in New York are concerned about. Polls showed Weiner was competitive in the race before the latest scandal hit, largely because he seemed to be addressing the issues in a way they could relate too unlike his opponents.

For most candidates, the latest revelations would be the final nail in the coffin of a candidate, yet they may not be for Weiner. Part of this is because we live in a 24/7 news cycle that today’s story is yesterday’s news and because people already had firm opinions on Weiner one way or the other, so this is unlikely to alter those opinion. The jury on his candidacy though is still out. How he handles this public relations nightmare will determine if the voters