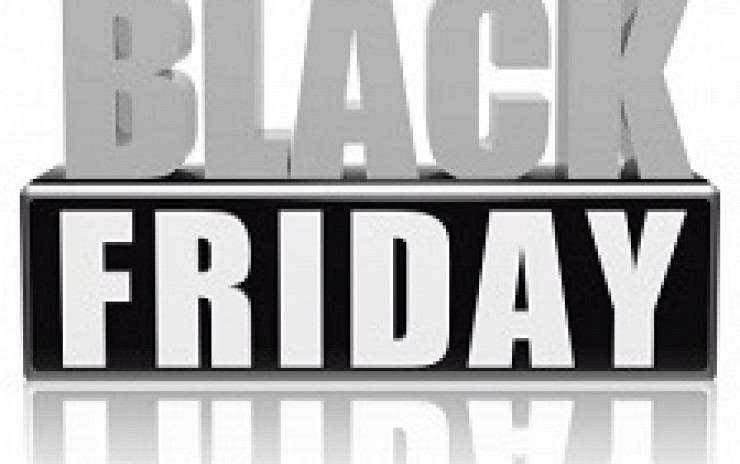 The Friday after Thanksgiving has been branded Black Friday in the public’s consciousness for years as an integral part of the traditional holiday season as the Macy’s Day Parade, Santa Claus, and Thanksgiving.  For decades it has signaled the start of the holiday season for retailers with a strong Black Friday signaling strong holiday sales and signs of a robust economy.  Consumers have flooded the stores waiting for coveted specials that come but once a year.  Retailers have started opening earlier and earlier each year.  Now many retailers are open on Thanksgiving Day with some beginning Black Friday sales days and weeks ahead of Thanksgiving.  In this day of online shopping many are offering Black Friday discounts online so the consumer can do all of their holiday shopping from the ease of their computer without even leaving home.  Plus for those online shoppers who want to wait a bit, there is now Cyber Monday, the Monday after Thanksgiving for the best online deals.

So from a branding point are retailers hurting themselves with the way they have extended Black Friday?  The answer is a resounding yes.

First Black Friday was branded as the day for the best holiday sales that happened but once a year that nothing could compete against.  Today consumers no longer believe that.  Black Friday is not a special event it has become like one of the billboards you pass time and time again and stop paying attention to after a while.  The day no longer has meaning  to consumers who begin seeing Black Friday advertised days if not weeks before Thanksgiving itself.  So the credibility of retailers who claim that Black Friday deals are the best of the year is strained.

Next retailers stood out and enhanced their brand identity with their fabled Black Friday sales.  Consumers would brave the elements to show their loyalty to a retailer who offered those exclusive sales, today all the sales seem the same and the retailers all seem the same except for those who differentiate themselves from the crowd.

Yet retailers that opt to do the opposite are building deeper brand loyalty and attracting even more consumers.  Consumers today look for more than just the cheapest price, they buy into a brand’s story and its beliefs.  REI made headlines when its announced that its stores would be closed on Black Friday.  That move directly appealed to its consumers who frequent the store not for its sales and products (although that plays a role) as much as for what the retailer stands for in this world.  Likewise Nordstrom garnered media attention by announcing that its stores would not only be closed Thanksgiving but there would be no holiday decorations in the stores until after Thanksgiving.  Discount retailers, Marshall’s, T.J. Maxx, and Homegoods have mounted massive advertising campaigns reminding consumers of Thanksgivings long ago and that all of their stores will be closed Thanksgiving.  These retailers and others like them stand out to consumers.  Consumers are more likely to seek these brands out on Black Friday as they buy into the story that the discounts offered mean something and that the brand itself is more about profits and the bottom line.  Additionally, this strategy is likely to develop brand loyalty not only during the holidays but year round.

Black Friday as we know it may be close to disappearing.  Yet retailers and brands that are savvy will honor the tradition knowing that it is smart way to stand out from competitors but beyond that build long lasting consumer loyalty.