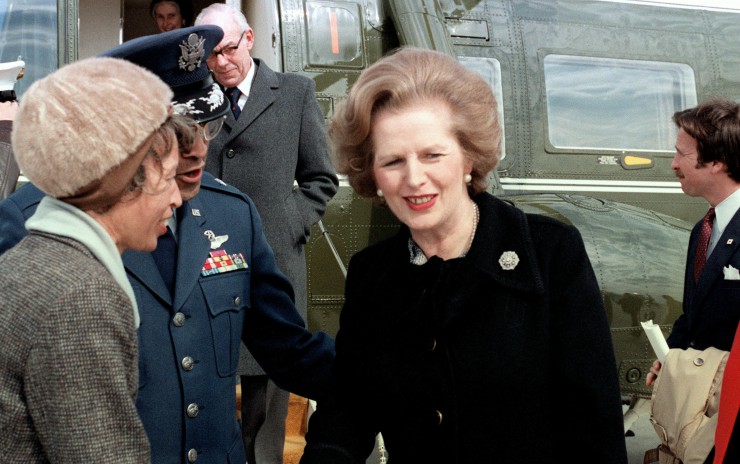 Margaret Thatcher left behind three keys in being a successful communicator whether you are business or politics:

1. Be Yourself
When British politicians were struggling to appeal to their party base, Margaret Thatcher was comparing state finance to her household budget. People know when you are being real with them rather than just trying to appease the masses. The 1970s and 80s were tense times for the UK, with IRA terrorist attacks and labor union unrest coming to a boil. The people looked for a leader they could relate to, and found a young lady who would quote lines of scripture as a way to help them cope with the times. When all else fails, fall back on what you know and who you really are.

2. Break the Mold
Just as well behaved women rarely make history, a dull article or a soft op-ed is bound for the trashcan. Margaret Thatcher was not about to piggyback on the ideas of others – she never really had an example to follow in the first place. She was the UK’s first woman to lead a major political party before she became its first female prime minister. It is one thing to be thrust into being a first out of circumstance, but quite another to put your reputation on the line and climb the slippery slopes of public opinion. Follow your gut and take risks, or risk being forgotten.

3. Shake Things Up
Do not be afraid to swim against the current now and again. By 1980, open and covert militarism towards the spread of Communism was the way of the free world. It is always easy to go with the crowd. But Margaret Thatcher denounced the 1983 invasion of Grenada, even though her friend and ally President Ronald Reagan had ordered it. When her country screamed for German reunification, she risked fierce unpopularity – and lived with it – by noting the potential difficulties of uniting a free West Germany with their Eastern brethren, who had been ruled by Nazis and Communists for more than half a century. The public can get swept up in ideas without taking time to see where they are headed, but we have a responsibility as political communicators to remain critical and always make up our own minds.