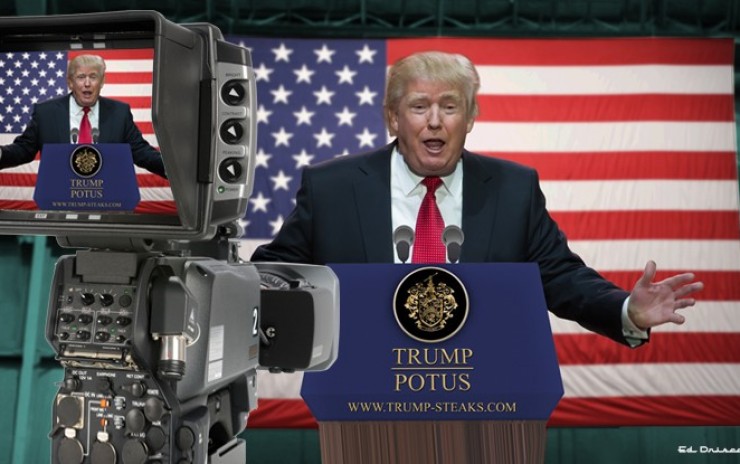 Businessman and reality television star, Donald Trump appears to be the Republican nominee for president in 2016.  This became all but official with the exit of Texas Senator Ted Cruz from the Republican presidential race following a devastating defeat in Indiana.  Love Trump or hate him, he has shown on the stump some valuable public relations lessons that CEOs would be wise to copy.  Trump demonstrated:

When Trump entered the Republican race for president few took him seriously.  There was much speculation that he was running as a publicity ploy and would not actually qualify.  If he did run, experts stated he would need to refashion himself from the politically incorrect, Donald Trump that everyone knew from the tabloids and Celebrity Apprentice.  Yet he did the complete opposite.  He doubled down on his politically incorrect brand with his feud with FOX’s Megyn Kelly, calls for banning Muslims from entering the United States, and building a wall to keep illegal immigrants out.  Corporate sponsors of Trump’s bailed in the wake of the controversy.  Yet Republican voters loved it and catapulted him into the lead and eventually crowned him as the nominee.  Contrast this with Hillary Clinton who has reinvented herself several times this campaign cycle and has yet to secure the Democratic nomination against Bernie Sanders and has created greater doubts among voters about what she believes.  Being consistent to one’s brand is essential for success.  Consumers buy into a brand’s story and Trump understood that.  Business leaders need to remember that.

Everyone knows that social media has changed our world.  Large numbers of consumers report getting their news from what they read on social media compared to traditional news.  Trump understood that.  He understood the power of utilizing Twitter to reach voters over the heads of traditional media.  One tweet from Trump received more media coverage than television commercials combined of his top rivals.  Beyond that, Trump utilized a way to connect with voters over the heads of the media and not through traditional advertising but rather via social media.  This created a greater sense of loyalty and feeling of ownership with Trump by voters.  Business leaders need to understand the power of social media that Trump demonstrated and harness it to reach their consumers and rely on it more than just traditional advertising.

Finally, Trump understood an age old communication lesson, keep your message to just several points and keep referring to it over and over again no matter what happens or what you are asked.  Throughout the campaign, Trump has been consistent with his message to the exasperation of his rivals and the news media.  In debates and interviews regardless of what was asked he referred to his main message points while his rivals were thrown off message consistently.  Business leaders should remember stay on message regardless of what is asked and always make any question fall back to your main message points.

Donald Trump has reshaped politics in 2016 without a doubt.  But he has also taught some valuable communication strategies that CEOs and business owners should study and utilize.