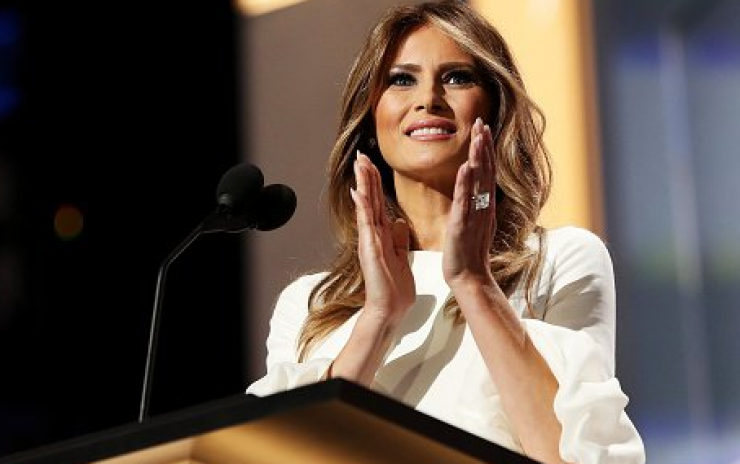 The first night at the Republican Presidential Convention was supposed to highlight Melania Trump, Donald Trump’s wife and introduce the next potential First Lady to millions of Americans. Also it was hoped that Melania’s speech would start to soften the image of Donald Trump and allow voters a glimpse of the private man. With polls showing many Americans have no opinion of Melania or those who do have a mostly unfavorable opinion of her, this was her moment.

Initial reaction to Melania’s speech was positive until fact checkers began showing that parts of the speech were identical to the speech given by Michelle Obama in 2008. Accusations of plagiarism are abounding in the media drowning out all other messages. The Trump campaign is adamant that there was no plagiarism despite even some senior Republicans saying that it was plagiarism. Yet the Trump campaign seems to be digging in despite the negative stories and the fact it is dominating the media forcing the campaign off message.

What should the Trump campaign do?

The cardinal rule of crisis communications is to get the crisis behind you. The longer the Trump campaign ignores this rule, the more that their message at the convention will be sidetracked. Businesses should pay attention to this controversy and learn the importance of getting the crisis behind you.